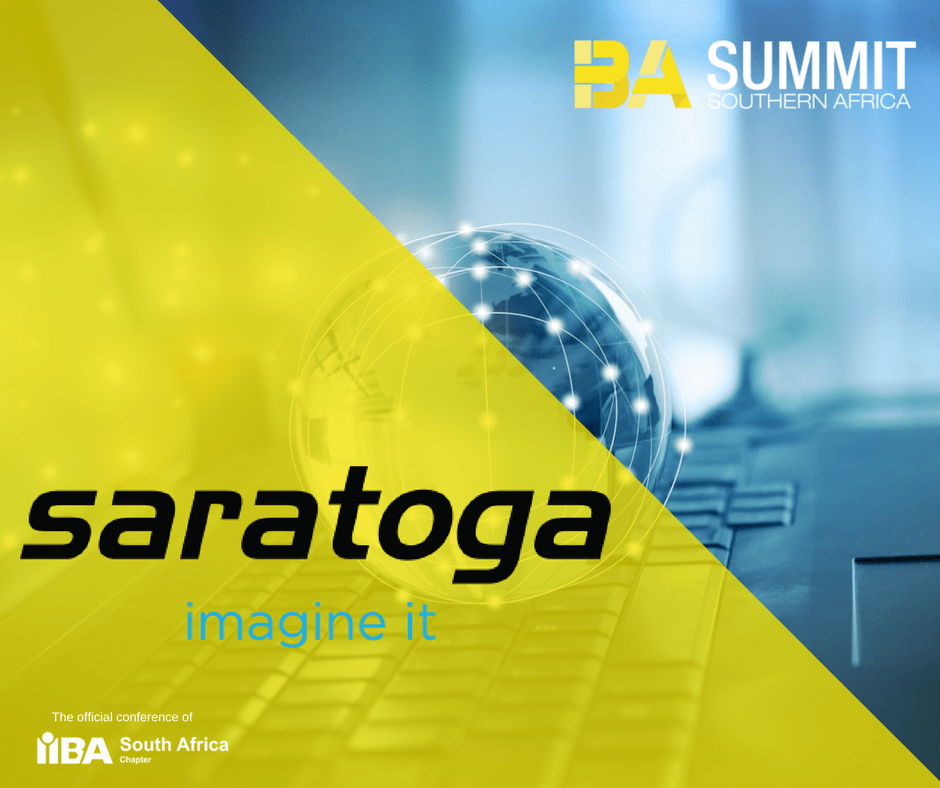 Saratoga, an innovative technology consulting company based in Cape Town, has signed on as the first sponsor of the 2017 Business Analysis Summit.

Mark Gebhardt, CEO of Saratoga, is delighted that Saratoga has the opportunity to come on board again this year to support the BA Summit. “Saratoga has played a leading role in shaping the South African BA community for a number of years now and we see our involvement in the summit as an opportunity to give back to the BA profession. The BA Summit is the pinnacle of all things business analysis in South Africa and we are looking forward to being part of the action”.

Saratoga will also be represented at the summit by Principal Consultant, James Neethling and Senior Consultant, Bharn Burgers.  James will be discussing six learnings which will help organisations scale and grow in an agile way in the future. Bharn’s focus will be on the customer experience through customer experience management. Both these presentations are sure to add great value to anyone attending the talks.

“We’re very excited to have Saratoga as a sponsor at this year’s summit given their involvement with the chapter over the past few years” says Ryan Folster, President of IIBA-SA. He adds that Saratoga has been continually been involved with providing volunteers and speakers for events as well as board representation with the IIBA.

As a Gold sponsor Saratoga will be running a lightning talks session at the conference.  Details of this will be posted closer to the conference date.